0808 808 00 00 / macmillan.org.uk
Macmillan Cancer Support in Wales > Fundraising > My Coffee Morning in memory of my friend Beverley will be the best yet
24 September 2018 Fundraising 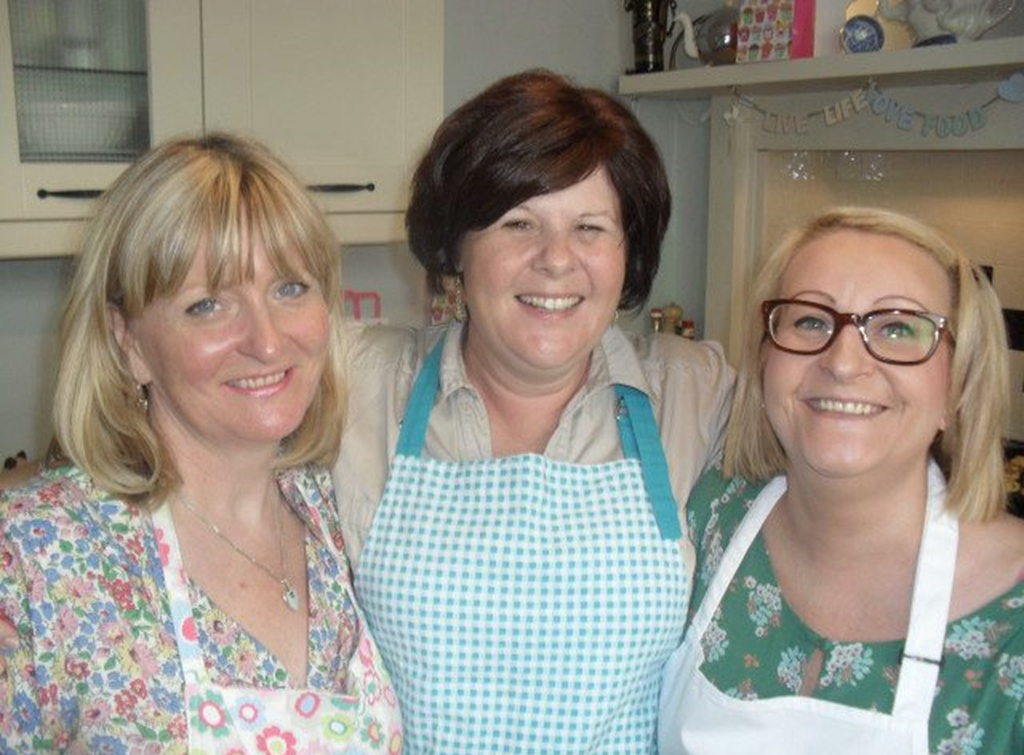 Beverley and I became friends about 25 years ago, when we worked together as midwives at the local hospital.

We shared many birth experiences together, and both relished in being in such a privileged position in the community, and being part of so many families happiest (and sometimes saddest) times.

As we both recovered, we reflected on our survival of surgery, chemotherapy and radiotherapy, and decided that we needed to show family, friends and colleagues that we are both survivors.

What better way than to throw a party in disguised as a Macmillan Coffee Morning!  Plus we were also raising funds for a worthy cause! My sister Rhian joined with us, and in 2010 we held our first event.

At that time, there was only one other Macmillan Coffee Morning in our town of Porthcawl that year.

We planned to hold the Coffee Morning  in my home and decided to operate an ‘open door policy’. We started early to catch the school run mums and dads, and continued throughout the day, ending at 6:30 pm!

Local businesses supported us, by providing raffle prizes. another friend took over one of the sitting rooms and performed reflexology – all providing pockets of cash for Macmillan.

Beverley championed Bara Brith, Teisien Lap, and other traditional cakes, as well as sponges and fairy cakes. My sister Rhian made fairy cakes of all descriptions and flavours, while I stuck to traditional sponge, scones and Welsh Cakes.  We’d cook throughout the day, making an enticing aromatic background for our sales.

Massive sibling rivalry developed between Rhian and I as she became fuelled with bake-off competitiveness- when I mentioned that my cakes sold the fastest (not true, I might add, but you know what being the baby if the family does to your psyche) – this has led to our Macmillan Coffee Mornings becoming the show ground for Rhian’s delicious and exciting cake baking skills.

Beverley, Rhian and I worked well as a team, Each Macmillan Coffee Morning became more lucrative than the last. Our best ever we raised just under  £1,500 ! 😳.

Sadly Beverley experienced several returning episode of ovarian cancer. Each in a different part of her body. Her resilience, positivity, and enthusiasm for life really showed us all what living with cancer could be like. Beverly was always cheerful and enthusiastic regarding others, always smiling and always organising!

Bev lived in a houseful of men. Husband Neil, and sons Tom, James and Jack. She wholly embraced the next generation of their family when Tom married the love of his life Siona earlier this year, and received from them the gift of two grandchildren – Archie and Aurelia.

Last year we did not hold a Coffee Morning, as Beverley was not feeling too grand at that time. It did not, however stop people, now so used to our annual party’s from calling in for some non existent cake!  All served on the best bone china!

Beverley passed away on 25th July this year, aged just 51. She is someone who will live on in the hearts of everyone who encountered her forever.

This year is going to be our last Macmillan Coffee Morning.  Myself, and my team ( yes we have expanded to meet demand), just don’t feel that we can go on without Bev.

Let’s make this year OUR BIGGEST AND BEST MACMILLAN COFFEE MORNING EVER !!

If you would like to know where a World’s Biggest Coffee Morning is being held near you, please visit the interactive map on our website.